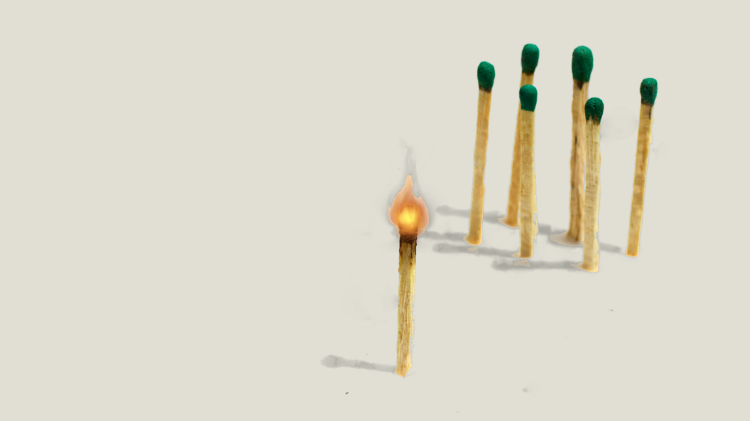 It is difficult to identify a branch of law which is as pertinent yet is as overtly neglected as the law of sentencing for criminal offences in India. Punishing offenders found guilty by a fair trial is foundational for a criminal justice system. Sentencing is a significant stage of a criminal trial as it can make the difference between life and death, and fine and imprisonment. In India, however, determination of the sentence after conviction for an offence is, to borrow a phrase from Judge Marvin Frankel, ‘entirely lawless.’

Statutory scheme for punishments in India

The question which arises then is how is an appropriate sentence decided in cases where the choice available to the judge ranges between fine to imprisonment extending to several years (or both)? In the absence of sentencing guidelines, it is not immediately clear as to how (if at all) judges exercise their discretion consistently, without arbitrariness.

Once the question of whether the custody threshold has been met is decided, around 350 offences stipulated under the IPC confer discretion on the judge to decide the description of imprisonment which can be awarded, i.e., rigorous or simple. In terms of Section 60 of the IPC, the court also has the discretion to make the imprisonment partly rigorous and partly simple. There is no judicial guidance available to sentencing judges as to which kind of imprisonment they may impose. The next question which arises for consideration of a judge is on the amount of fine. For some offences, the IPC stipulates an upper limit of fine which may be imposed, which at present ranges from Rs. 10 to Rs. 5,000. For a vast majority of offences under the IPC, however, no upper limit has been fixed on the amount of fine which may be imposed. The only guidance to judges is in Section 63 of IPC, which specifies that the amount should not be excessive.

An analysis of these provisions leads to the conclusion that while deciding a sentence, a sentencing judge would ordinarily have to answer all of the following questions before reaching a determination on the appropriate sentence:

Step I. Should the offender be imprisoned or will the imposition of fine meet the ends of justice?

Step II. Should the offender be sentenced to both imprisonment and fine? If yes, how should the two be balanced?

Step III. If the offender is fined, what should be the fine amount?

Step IV. If the offender is imprisoned, should it be rigorous or simple imprisonment?

Step V. What should be the duration of such imprisonment?

Presently, judges are making these decisions in the absence of any clear judicial or legislative guidance. They need to answer each of the above questions (and many more in light of the facts and circumstances of the case before them). The Supreme Court in just one case  (Sunil Dutt Sharma v. NCT of Delhi) sought to examine the wide discretion it has in terms of the length of the prison sentences, by tabulating the different lengths of sentences prescribed under different provisions. Even in this case, however, there was no attempt to acknowledge the wide discretion judges enjoy in terms of the nature of imprisonment and imposition of fine.

The futility of judicial resistance to guidelines

Despite the enormous discretion vested with judges, sentencing has received sparse legislative attention, and there has been stiff resistance towards structuring sentencing discretion from the judiciary itself. Structuring sentencing discretion has been equated with ‘sacrificing justice at the blind altar of uniformity’ and that there cannot be a ‘strait-jacket formula nor a solvable theory in mathematical exactitude’. This is an incorrect view of sentencing, as it equates uniformity of outcome with consistency achieved through application of a clearly defined set of principles or guidelines. As a parallel, while appreciation of evidence is left to the discretion of individual judges in the facts and circumstances of each case, the principles regarding relevance and admissibility of evidence are clearly codified under the Indian Evidence Act. In some instances, the court has attempted to analyse the work of international scholars to cull out the nature of sentencing, but these are few and far between and are not reflective of the general judicial and legislative apathy.

The polyvocal nature of the Supreme Court of India has attracted much criticism. In the sphere of sentencing too, the polyvocal nature of the Court has caused absolute confusion and chaos. The principle of stare decisis seems to be ignored while sentencing offenders. Further, whatever little attention sentencing as a field has received from the Supreme Court has essentially been in the specific context of death penalty cases. The arbitrariness in death penalty sentencing in India has itself been ﻿decried by scholars, NGOs, the Law Commission and even the Supreme Court itself. However, sentencing for other offences has received little attention, with the Supreme Court stating in one case that the general principles culled out in death penalty cases are equally applicable to cases involving lesser offences. This approach misses the entire point of a sentencing exercise. The question in a death penalty offence is whether the offender is beyond reformation to the extent that the alternative option (being life imprisonment)is ‘unquestionably foreclosed.’

Even keeping aside the fact that there are major inconsistencies in the death penalty jurisprudence developed by the Supreme Court, how can those judgments be useful in the context of other offences, where the judge is deciding between fine and imprisonment, and how much fine and/or imprisonment?

Sentencing for a vast majority of offences therefore, seems to be only the field of law where there is neither legislative nor judicial guidance to guide the discretion of judges.

The judicial ignorance of sentencing in cases of offences not involving the death penalty by the Supreme Court percolates all the way down to trial courts. This becomes apparent from two things. First, the lack of safeguards against same day sentencing. The Supreme Court has held (again, in the specific context of death penalty cases) that conviction and sentencing can happen on the same day. There cannot be a more explicit acknowledgment of the mindset that sentencing hearings only involve perfunctory arguments and therefore, do not need time to prepare. Second, while judgments on conviction are detailed and run into several pages, sentencing orders are often cursory, and only reflect the final sentence awarded, without any guidance as to how the judge arrived at the said decision, except that the sentence has been arrived at ‘in light of the facts and circumstances of the case’. Does this amount to a reasoned order is another question worth examining.

Analyzing the jurisprudence of the Supreme Court on sentencing, one cannot help but feel that the Court itself does not appreciate the complexities of sentencing and the number and nature of decisions it entails. It is not just about ‘severe’ or ‘lenient’ punishments, it is about deciding the quantum and nature of punishment. In the absence of any legislative or judicial guidelines, judges in India are compelled to sentence by intuition. Intuition gives rise to arbitrariness in deciding the curbs on the life and liberty of an individual. Presently, sentencing is individual to the judge rather than to the offender. The question should no longer be whether India needs sentencing guidelines. This glaring vacuum in a fundamental legal framework requires urgent attention and redressal, by the introduction of offence specific sentencing guidelines.

Maulshree Pathak is an advocate practicing in New Delhi. She is an alumna of National Law University, Delhi (2015) and the University of Oxford (2018).