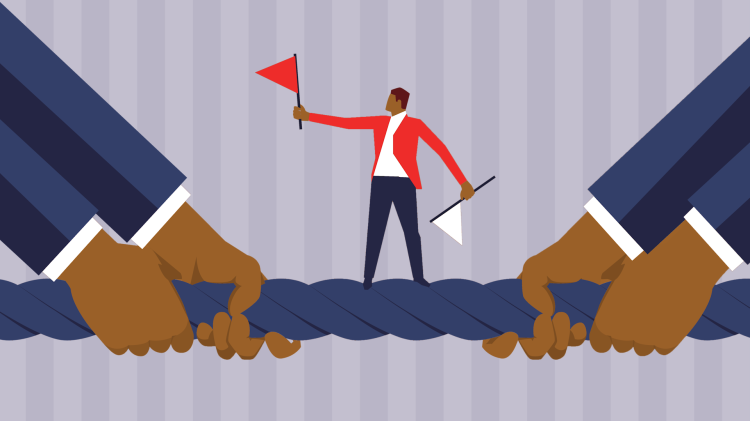 The Prevention of Money Laundering Act, 2002 (“PMLA”) seeks to punish money-laundering and to provide for confiscation of property derived from or involved in the offence. On the other hand there is the Insolvency and Bankruptcy Code, 2016 (“IBC/Code”) which was enacted to simplify the process of Insolvency and Bankruptcy proceedings in India and puts an automatic moratorium on the assets of a Company in its pursuit to provide a viable path to recovery. Potential conflicts arise when the assets under the IBC are also proceeds of crime under the PMLA. This article examines the interplay between the two legislations and highlights concerns in their implementation.

Money laundering as defined under Section 3 of the PMLA holds guilty whosoever, directly or indirectly, attempts to indulge or knowingly assists or knowingly is a party or is actually involved in any process or activity connected with proceeds of crime including its concealment, possession, acquisition or use and projecting or claiming it as untainted property.

As is obvious from the statements and objects of the PMLA, the power of attachment under Section 5 and Section 8, is the foundational core and acts as a crucial sword in the enforcement kitty of the statute to ensure that the proceeds of crime are not frittered away to the detriment of the public exchequer. Attachment, as defined under Section 2(d) of the PMLA, means prohibition of transfer, conversion, disposition or movement of property and hence, includes a wide array of confiscation tools.

During the last decade or so, the Indian economy has been greatly marred by the NPA crisis and the means of resolution of the same was highly dispersed, fragmented and lacked coordination between multiple fora. The IBC was therefore introduced to bring in a paradigm shift in the recovery and resolution process by introducing the concept of ‘creditor in control’ instead of ‘debtor in possession’. The said reform was aimed at providing a much-needed fillip to India’s competitiveness as a business destination, and has played a significant role in improving the lending capacity of banks and induced faith in corporate players, who were stuck in the gridlock of the erstwhile liquidation process. The IBC is a process-oriented, and time-oriented regime, which is based on the principle of collective action and seeks to reorganize and balance the interests of all stakeholders, for maximization of the value of assets, in a time-bound framework, while paving the way for credit availability without impinging on entrepreneurship.

Once a company is admitted to a resolution process under the Code, then the baton of an automatic moratorium falls on the assets of the company, to ensure that the owners of the company do not dissipate the assets to the detriment of the company and the fate of such assets is managed by a committee of creditors, to ensure maximization of the value of these assets. So far so good.

But the real dichotomy begins when the committee of creditors are faced with the issue of handling assets that may be proceeds of crime, and hence, may be part of the attachment proceedings under the PMLA. The said issue arose during the Insolvency Proceedings of M/s. Bhushan Power and Steel Ltd. (“BPSL”), wherein the Enforcement Directorate (“ED”) attached a portion of the assets of BPSL as part of proceeds of crime. JSW Steel, the successful Resolution Applicant of BSPL, filed an Application before the National Company Law Appellate Tribunal (“NCLAT”) seeking protection from the attachment of the assets by the ED. During the course of hearing, the NCLAT opined that if the assets are seized by the ED as a result of deeming them as proceeds of crime, then the ED would have a claim over it in the nature of Operational Debt and not independently under PMLA. An Appeal by ED against the said decision is currently pending before the Apex court.

However, the legislature, mindful of this overlap between the operations of the two statutes, swiftly introduced Section 32A via the Insolvency and Bankruptcy Code (Amendment) Ordinance, 2019, where the code was amended to protect a financially distressed corporate being taken over by new management from past criminal offences. Further, immunity was granted from any action being taken against the property of the distressed corporate once it was brought under the new management, as long as the new management had no connection with any past criminal deeds of the previous management of the corporate debtor or acquisition of proceeds of crime by the corporate debtor.

Both Section 71 of PMLA and Section 238 of IBC provide for an overriding effect to the provisions of the Act, notwithstanding anything inconsistent therewith contained in any other law. Therefore, in view of the fact that both are special legislations, complete codes in their own respective fields, and both have an overriding clause, the question arises as to which one ought to prevail against the other in case of a conflict. Another pertinent issue which would require clarity is whether in view of the insertion of Section 32A, the protection will only be prospective or retrospective in nature?

Whilst the IBC ensures healthy corporate governance and brings a sick company back to its feet, the PMLA prohibits and punishes ill-gotten wealth at the behest of a scheduled offence. Though the two are distinct in their objectives and purpose yet serve a common master i.e. to salvage and serve the Indian economy at large.

There is also utter confusion in relation to judicial pronouncements applicable to both the statutes. On one hand, the Supreme Court (at a time when Section 32 A was not on the books), has held in Innoventive Industries Ltd v ICICI Bank Ltd, and in Commissioner of Income Tax v Monnet Ispat And Energy Ltd,that the provisions of the IBC override other acts by virtue of section 238, and that the mandatory moratorium provided by section 14 of the IBC overrides an inconsistent provision in any other enactment. On the other hand, the Delhi High Court has, in, Deputy Director Directorate of Enforcement Delhi v Axis Bank & Ors, held that by virtue of Section 71, the PMLA, overrides other laws in matters of money laundering and in relation to proceeds of crime. Further, the Supreme Court has, interestingly, in Embassy Property Developments Pvt. Ltd. Vs. State of Karnataka & Ors., taken a view that wherever the corporate debtor has to exercise a right that falls outside the purview of the IBC, especially in the realm of the public law, they cannot, through the resolution professional, bypass and go before NCLT for the enforcement of such a right. Also, the Supreme Court in the case of Varrsana Ispat Ltd. Vs. Deputy Directorate, Directorate of Enforcement, have observed that debts cannot be paid out of proceeds of crime of ill-gotten wealth and the two statutes are distinct in nature.

The contradiction between the views of the two agencies is also interesting to note. As per the Enforcement Directorate, the benefit under Section 32A will be available only in those cases where the resolution plan has been approved under Section 31 of the IBC on or after 28.12.2019 since the benefits under sub-sections (1) and (2) of Section 32A take effect only from the date of the approval of the resolution plan. The Insolvency regulator will however argue that in terms of Section 31 of the Code, a resolution plan, once approved shall bind on all stakeholders and also on the Central Government, any State Government, any local authority to whom a debt in respect of the payment of dues arising under any law. Further, it is contended that IBC being a latter statute, would prevail over PMLA.

Another scenario that is left open for debate is one, wherein the attachment proceedings arising under PMLA were carried out during the pendency of the ED investigation, and before the confirmation of the same, the resolution plan gets approved under Section 31. Can a public wrong be legitimised by operation of a law and with retrospective effect?

The decision of the Apex Court will have a significant bearing on the scope of civil law enforcement of public law remedies and impact the time-effect operation of such a law. The said decision will be extremely crucial for corporates and enforcement agencies alike and the hope remains for a harmonious interpretation of the statutes in their respective fields of operation.

Shraddha Deshmukh is an advocate practicing in Delhi and has previously worked in the Chambers of Mr. KK Venugopal. She  is an alumna of ILS Law College, Pune (2010) and the University of Oxford (2011).