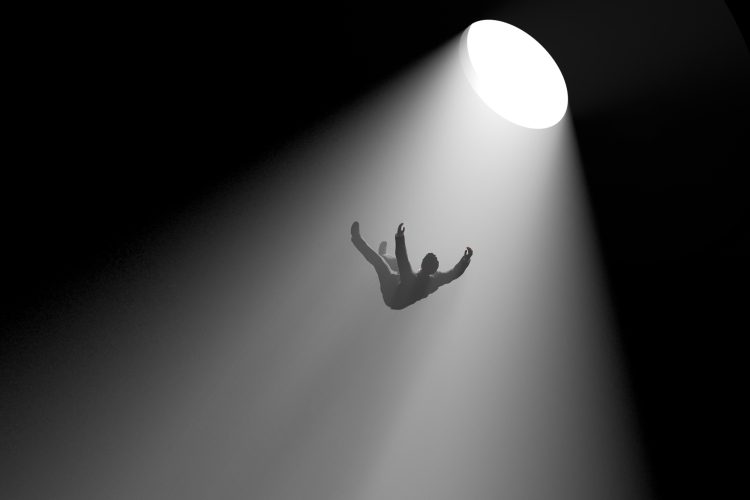 Masquerading violent discrimination as preventive action : an analysis of section 110 of the criminal procedure code

Section 110 of the Criminal Procedure Code (CrPC) empowers the police, with the sanction of the Executive Magistrate, to initiate preventive action against hardened and habitual offenders likely to commit certain offences, based on their antecedents, by requiring them to execute a bond of good behaviour. However, the term ‘habitually’ or ‘habit’ has not been defined under the Code and gives way for multiple interpretations. This article explores issues with the substantive wording of Section 110, its application in Maharashtra and the procedural lapses due to such broad and ambiguous interpretation of the section. It is argued that the section aimed at maintaining security and peace in the society has an impact of stigmatising and repeatedly criminalising persons from marginalised and poor socio-economic backgrounds, more likely to be perceived as recidivists.

Section 110 deals with various categories of offenders habituated to committing a class of offences, such as repeated instances of theft, kidnapping, abduction, extortion etc. While the section applies to various categories of offences, it is unclear whether habitual commission is based on prior conviction or mere accusation of such commision would  suffice.  The vagueness of the section is further amplified by including any person ‘so desperate and dangerous as to render his being at large without security hazardous to the community’ within its purview. These broad inclusions in the scheme of the section permit selective exercise of powers under this provision.

Provisions under the Bombay Police Manual empower the police to identify persons to be brought under the purview of this provision and such identification is often influenced by existing police records like history sheets, surveillance registers and known criminals registers mentioned under the Manual, the categorisation for which is equally vague. Rule 67 of the Manual requires history sheets to be opened for every person mentioned in the surveillance register. Rule 68 which deals with surveillance registers, among others, grants unfettered discretion to the Superintendent of Police to determine the types of persons who would be added to this register. This can be construed as a blanket permission to include undertrials or any other person merely accused of multiple offences even upon acquittal. In the absence of precise requirements for declaring a person as a habitual offender, the vague phrasing of section 110 leaves ample space for arbitrary interpretation to include persons identified above within its purview.

Chapter VIII of the Criminal Procedure Code sets out the procedure for ensuring necessary protection of rights of persons against whom preventive action is initiated. However, the scheme of proceedings under the chapter do not adhere to all protections guaranteed for criminal trials.  The Chapter  deals with bonds, not exceeding three years, for keeping the peace on conviction, disseminating seditious material, suspected persons and habitual offenders.

Section 110 empowers the Magistrate to ask persons (within the purview of the section) to show cause why they should not be required to execute bonds to ensure their good behaviour. Once such an order is passed by the Magistrate, an inquiry is to be conducted as per Section 116 to substantiate the information which formed the basis of initiating action under Section 110. Rule 100 (5) of the Manual further sets out that evidence of previous conviction, bad repute, unaccountable absence or association with other bad characters for an individual  would be relevant information for the said inquiry. Use of these terms under the Manual creates ambiguity by broadening the applicability of Section 110. The nature of powers under Chapter VIII do not set out adequate checks and balances to ensure specificity of facts convincing enough to infer that the offender is sure to commit the offences mentioned if he is not kept captive. In this context, the Nagpur High Court has also noted that if the section is not used with caution and discretion it might easily become an engine of oppression.

Experience of working on cases of undertrial prisoners from Yerwada and Nagpur Central Prison under the Fair Trial Fellowship Programme (“FTF”) indicates that inmates who have been charged with multiple offences face a very high risk of re-arrest immediately upon release, specifically in the case of offences within the purview of Section 110 of the Code. A broad approximation based on the Prison Statistics for Maharashtra indicates that 25 percent of undertrial prisoners in the state would fall within the crime categories specified under section 110 and would therefore be vulnerable to rearrests upon release from prison

In Maharashtra, powers of Special Executive Magistrate for the purposes of Section 110 have been conferred to the Police Inspector of the Local Crime Branch (PI LCB). This, in effect,  confers judicial powers on the same authority that arrests a person multiple times, to decide their affinity to criminality, often with very little prima facie material. The conferment of powers of the Executive Magistrate upon the PI LCB has led to a merging of authority to the detriment of an independent application of mind.  The Bombay High Court has held that such conferment has resulted in blatant misuse of such powers to the detriment of fundamental rights of a citizen as enshrined in Article 21. The Court, while taking judicial note that most undertrials are accused of petty offences before proceedings under Chapter VIII were initiated, suggested the need for powers under this Chapter to be exercised by a judicial magistrate.

Over Criminalisation as a consequence of procedural lapses :

The SC ruling  in Madhu Limaye’s case legitimises the customary practice of arresting those incapable of furnishing bonds under Chapter VIII, effectively targeting marginalised persons. The Court reasoned that “to release a person being proceeded against under Ss. 107/112 of the Code is to frustrate the very purpose of the proceedings unless his good behaviour is ensured by taking a bond in that behalf”. Additionally, absolute discretion in deciding the bond amount and conditions under the provisions of Section 110, without any objective parameters including the accused’s socio-economic background often results in trapping individuals in unrealistic bail parameters. The system has been known to operate very harshly against the poor and criminalise poverty and marginalised identities. Intervention data from FTF’s cases indicated that among the inmates arrested under Section 110, around 80 percent had no known assets and 65 percent were not in touch with any family members, posing a serious impediment to furnishing sureties.

Since the nature of proceedings do not strictly fall under the ambit of criminal trials, there is a tendency to ignore or treat requirements of mandatory legal representation as merely directory, in proceedings under Section 110. The Delhi High Court observing this to be problematic, reiterated that considering the socio-economic background of a majority of offenders, the number of cases cannot be treated as an excuse for overlooking statutory requirements. The danger of such lapses in procedure become  more evident in cases involving petty offences, wherein accusations tend to be made with ease. Nothing is easier than to put forward a general charge against a person stating such a person is a burglar and thief. Further, they often do not have the avenues to challenge arbitrary exercise of powers before higher fora due to lack of procedural awareness and systemic barriers.

These provisions become particularly oppressive for persons from denotified tribes and other groups whose identities are stereotyped with the taint of inherent criminality. Such circumstances often compel undertrials charged under the aforementioned offences against property like theft, dacoity etc., to plead guilty, which, when coupled with the prospect of release on sentence undergone, is often a lucrative prospect for such inmates, who would otherwise languish in jail indefinitely, awaiting trial. However, this also creates a record of conviction, making them highly susceptible to repeated arrest for petty offences, and subjected to proceedings for being a habitual offender.

As elaborated above, procedures under Chapter VIII especially related to powers of arrest under Section 110 are vague and arbitrary. The provision disproportionately targets persons from marginalised backgrounds and is highly prone to abuse. The current functioning of Section 110 ensures that persons from poor and marginalised backgrounds who are most vulnerable remain entangled in a series of proceedings within the criminal justice system. The tendency to imprison and the use of these procedural lacunae to perpetrate the cycle of criminality with no intent of rehabilitation against marginalised communities needs to be questioned. In this context, the framework of Chapter VIII also needs to be re-examined, in light of jurisprudence that has evolved post Limaye especially in the context of guidelines on substantive due process, and recognition of information privacy emphasizing data protection to discourage hitherto prevalent invasive surveillance.

A case for deletion of s.309 from the IPC