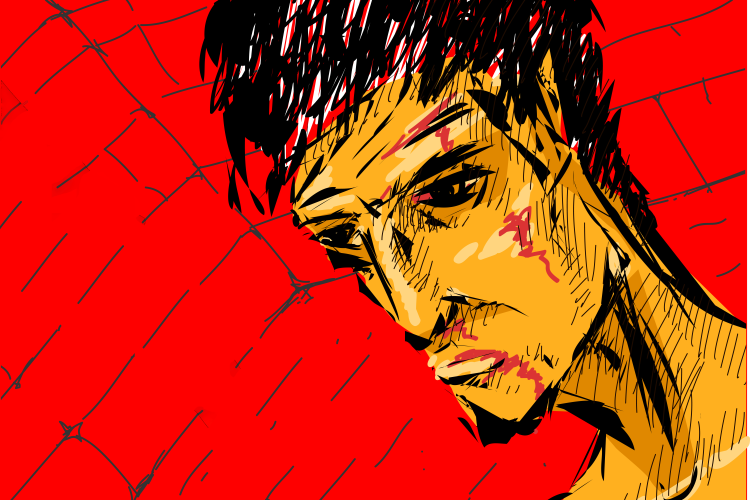 The genuineness of statements made to police officers has long been doubted given the historic distrust of the persuasive powers of the police. This distrust is statutorily embodied under Section 25 and Section 26 of the Indian Evidence Act, 1872 (“IEA”) which provide that confessions made to police officers or made in police custody cannot be proved against the accused. Section 27 partially lifts the ban laid down in its two preceding  sections and makes admissible that portion of the statement which relates distinctly to a fact discovered pursuant to the statement being made. While the position on the extent of admissibility under Section 27 was believed to have attained some certainty, the 2018 decision in Raju Manjhi v. State of Bihar in which the Supreme Court read into evidence the entire confession made to a police officer, has created a need to reinforce the legal position in this regard. This article presents an overview of the law as it stands and argues that not following Section 27 strictly is not only legally impermissible but can have serious ramifications on the rights of accused persons.

Severance of statements under Section 27

The landmark decision in Pulukuri Kottaya and ors. v. King Emperor is instructive in understanding the scope of Section 27. This was an appeal against conviction for rioting and murder where a confessional statement had been considered by the courts below which had led to the discovery of a stick with which the deceased was beaten. While rejecting an argument raised by the Crown that the fact discovered under Section 27 was equivalent to the object recovered and all information relating to the object should be included in evidence, the Privy Council held that the fact discovered includes the place from where the object is produced and the knowledge of the accused on this. Information on the past user or the past history of the object is not related to its discovery and therefore is not admissible. Thus, the confessional portion of the statement which does not relate to the discovery of facts has to be severed from the portion which leads to the discovery of facts. The idea behind the provision is that discovery lends some credence to the statement even if it is made in the presence of the police.

Extent of severance contemplated under Section 27

A bare perusal of Section 27 shows that the expression “so much of such information, whether it amounts to a confession or not” denotes that if a portion of the statement distinctly relating to a fact discovered is confessional in nature, it would yet be admissible as evidence. Consequently, the confessional portion of the statement which does not relate to the discovery of facts would be inadmissible as evidence.

Infact, in Aloke Nath Dutta v. State of West Bengal, it was held that the entire statement, including both the admissible and inadmissible part, could not be marked as an exhibit and brought on record. However, this does not mean that a statement needs to be severed to an extent that renders it incomprehensible. In State of Maharashtra v. Damu, the Court while adjudicating an appeal against conviction for murder was faced with a confessional statement made to the police wherein the accused stated that he along with the co-accused had carried the body on a motorcycle. The body of the deceased had been recovered before the accused made a statement to the police and thus, could not have been discovered at the instance of the accused. However, a broken piece of glass was recovered at the spot which was found to be from the tail lamp of the motorcycle used. The Court, while treating the broken piece of glass as fact discovered under Section 27, admitted the statement that the body of the deceased was carried on a motorcycle to the spot. It was held that a statement cannot be truncated to an extent that it is incomprehensible and that the extent of information admitted should be understandable.

Another incidental issue that arises with severing confessional portions of a statement is the relevance of the fact so discovered. An interesting finding on this was recorded in Athappa Goundan v. State of Madras which was one of the decisions considered by the Privy Council in Kottaya. The full bench of the Madras High Court held that the confession was admissible in evidence as it connected the objects discovered with the crime. It was observed that the objects recovered were by themselves not incriminating and therefore their production would be irrelevant unless they were shown to be connected to the offence. Kottaya disagreed and stated that the difficulty of the prosecution to show that the fact discovered is relevant or not cannot be used to read into Section 27 something which is not there. This position is accurate as Section 27 speaks only of admissibility of evidence. The prosecution still has to establish its relevance to the case and its reliability; afterwhich, the courts would determine the probative value to be given to it. Difficulty of the prosecution in connecting the facts discovered with the offence cannot trump the rights of an accused protected under Section 25 and 26.

In complete contradiction to what is stated above, a division bench of the Supreme Court in Raju Manjhi v. State of Bihar,took into account the entire confessional statement made by the accused to the police. The appellant, who was charged for dacoity with murder, made a statement after which wine pouches, money and jewelry were recovered from his house. The Court read into evidence the confessional statement of the appellant which described how the door of the house robbed was broken down with heavy stones and how inmates of the house were attacked with sticks by other accused while the appellant and a co-accused guarded the door. The Court held that this clearly showed how the accused persons committed the crime and shared the spoils. The engagement of the Bench with Section 27 is wanting and there is no discussion on the inadmissible portions of statements recorded under Section 27. By reading the confession into evidence, the Court has effectively turned back the clock to the decision of the Madras High Court in Athappa Goundan. This decision can serve as a problematic precedent and can have serious repercussions on the rights of accused persons to a fair investigation.

Section 25 and Section 26 of the IEA impose an absolute bar for the admissibility of statements to protect against potential misuse of authority by the police. Reading of entire confessions made to the police into evidence would nullify the effect of these provisions and would overturn the legislative policy ingrained in the provisions. The scheme of the provisions encompass statutory safeguards, which are only partially lifted by Section 27 and therefore, it needs to be construed strictly. For portions of a confession which do not distinctly relate to a fact discovered, the bar under Section 25 and Section 26 is operational. In light of this, the confession read into evidence in Raju Manjhi was clearly hit by Section 25.

Even otherwise, the application of Section 27 has numerous concerns. In reality, recoveries based on confessions made to the police are often tainted by custodial violence and the susceptibility of Section 27 to abuse has been judicially acknowledged. This must be considered in light of the fact that India has not yet ratified the UN Convention Against Torture and as recently as in 2017, the Law Commission of India in its 273rd report has noted that instances of custodial violence are not uncommon in the country. Further, while protection against self-incrimination is available in the form of Article 20(3) of the Constitution- the provision is attracted only when compulsion is used. The protection loses its practical efficacy as the burden of showing compulsion in making a confession is on the accused. This is a heavy burden which is almost impossible to discharge in the absence of physical violence. Furthermore, a recovery under Section 27 can be proved by a solitary statement of the Investigating Officer. Disclosure statements have also been used to prove complicity of other accused persons. Thus, it becomes all the more important to note that Section 27 is not expanded in its interpretation to include everything which is said in a confession in the guise of a recovery.

Given these concerns, it is argued that inclusion of inadmissible portions of a confessional statement would tip the scales in favour of the investigating agency at the expense of rights of an accused to a fair investigation and against custodial torture. The concerns on the misuse of Section 27 are aggravated with special statutes that have provisions for reverse burden of proof and stringent bail conditions, making it all the more important to strictly construe Section 27. Expansion of the provision would enable investigating agencies to coerce confessions with impunity.

Shivani Misra is a part of the Litigation Team at Project 39A.