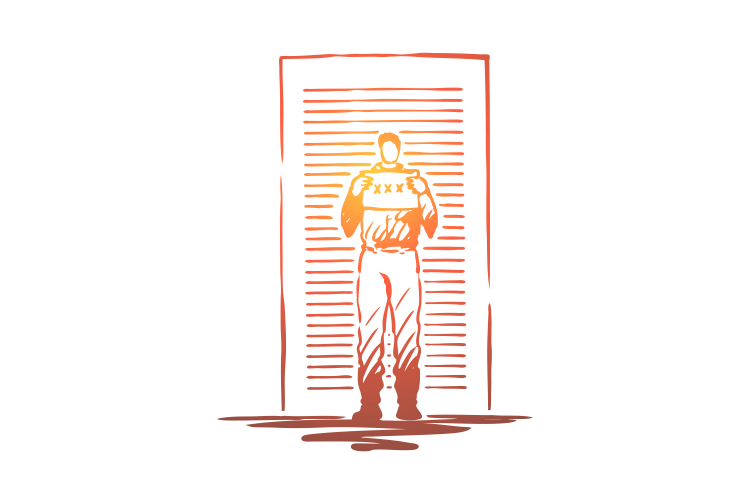 In a judgment widely covered in the media, the Supreme Court in Rajesh v. State of Haryana, reversed a conviction after the accused had already spent over 12 years in custody. Justice delayed is justice denied aside, several portals have lauded the judgment for having held that a mere refusal to undergo a Test Identification Parade (“TIP”) cannot alone form the basis of a conviction.

However, what has not been considered by the Court is the basis for such an adverse inference, and the inherent unfairness and unilateralism with which adverse inferences are drawn in relation to TIPs. Highlighting these issues, this article takes a step further in suggesting that the law must support the right of the accused to call for a TIP, and draw adverse inferences against the prosecution and its witnesses where it does not cooperate with the same.

There were several discrepancies in the case of the prosecution. Firstly, the FIR itself did not state that the father and brother brought the accused to the hospital, but that one Parveen and ‘another person’ did. Several other contradictions in the testimony of the father and brother were brought on record, and inconsistencies in the ballistics reports were also highlighted. Considering all these factors the Court found that it could not rely on the evidence of the two main prosecution eye-witnesses.

Considering these circumstances, the court held that the Court had to be circumspect in drawing an adverse inference against the accused, since the accused had refused to undergo a TIP on the basis that they knew the witnesses from before the alleged incident. The Court additionally observed that the evidence of a TIP is corroborative in nature and lends assurance to the correct identification of the accused. Thus, a conviction cannot be sustained purely on the basis of the accused refusing to undergo a TIP. The Court went as far as to say that, given the weakness of the other evidence in the case, the TIP was of secondary relevance considering it did not even constitute substantive evidence.

While this line of thought stands to reason, the fact is many investigations in this country are hardly conducted in a fair and lawful manner. There are several ways in which the state can, and has, ensured that TIPs are a farce. The least of these are instances where accused have been shown to the witnesses discreetly in Police Custody, or witnesses are well briefed prior to the TIP on the manner in which to identify him. When done wrong, this manipulation can be proved in cross-examination. But when the state is efficient in its wrongdoing, the burden on the accused to prove it is extremely high.

There are ample procedures towards the manner in which TIPs are to be held in a fair and transparent manner, and the discreet violation of the same is not the subject of this paper. I am not arguing against the adverse inference for the non-participation of the accused in a TIP. I only bring this up to indicate that there may be instances where accused are legitimately avoiding a TIP but will be unable to prove the reasons for the same. Cases such as Rajesh, where the accused were fortunate enough to have enough evidence towards why a TIP was not called for, are not the norm. Even in Rajesh, the accused were convicted by the Sessions Court and the same was upheld by the High Court, meaning that they spent over 12 years in prison before the Supreme Court intervened.

However, one clearly unfair aspect of the law as it stands is that while an adverse inference is drawn against an accused who refuses to participate in a TIP, the accused himself does not have the right to call for a TIP. Although there has been case law to indicate that where an accused calls for a TIP, the TIP should be conducted as a rule of prudence, there is no case law holding that in such cases when the TIP is not conducted a clear adverse inference must be drawn against the State and the witnesses it refuses to involve in a TIP.

This, in itself, is absurd. The assumptions behind an adverse inference against the accused for not participating in a TIP are 1) TIPs are held in a fair and lawful manner and 2) they are effective in identifying if the investigation is proceeding in the correct direction. This is also why they are further held to constitute corroborative evidence. If these two assumptions stand, there is no reason for which the State should hesitate in conducting a TIP when an application is made by the Accused. And if the State is hesitating, there must be an adverse inference against them for the same reason that, at present, there is one against the accused. Those witnesses the State refuses to make participate in a TIP must bear the brunt of the adverse inference the Accused is otherwise burdened with.

Of course, accused individuals often raise the argument that a TIP was not conducted, and Courts do consider whether a TIP ought to have been conducted while considering the evidence in cases. But this is different from an established position that an accused can pressurise the State by calling for a TIP, and that a clear adverse inference must be drawn against the State and its witnesses if they oppose it on flimsy grounds. There have been scattered instances where the accused have called for a TIP and courts have questioned the State’s hesitation to conduct the same. But no court has gone as far as to suggest that an adverse inference must be drawn against the State as a matter of rule.

The state will likely object to all such requests for a TIP made by the Accused stating that the request is merely a delaying tactic being used by the Accused. However, there is a two-fold response that must be considered. The first is that the Accused, in participating in a TIP, risks the creation of corroborative evidence against him if he is identified by the witnesses. Thus, it is unlikely an individual would risk the creation of such evidence merely to delay a trial by a week or two unless he is genuinely of the view that the witnesses are bogus witnesses.

Secondly, and more principally, I am firmly of the view that mere delay or cost cannot be a consideration for denying a TIP when the consequences of not holding one may be so severe. It is neither excessively expensive nor time consuming to conduct a TIP. There may be instances where it is clearly being misused with the accused calling for repeated TIPs unnecessarily, but only in such circumstances should a court intervene and deny applications made by Accused calling for TIPs. I think it highly unlikely an accused would do so, since at every instance where he is identified, he is piling up corroborative evidence against him. On the other hand, if at every instance the witnesses are failing to identify him, then it is crucial that the same goes on record and such requests should not be denied by courts.

It is unrealistic to think that overnight there will be a reform in our colonial police, and that they will not manipulate investigations in general and TIPs in particular. But perhaps allowing the accused to call for a TIP is the short term solution to allowing the accused to bring some accountability into proceedings. Caught off guard, the police may not be in a position to manipulate the TIP and an innocent individual may acquire some evidence against them. It

In any case, it is completely arbitrary and unreasonable that an adverse inference is drawn against an accused who does not participate in a TIP, but the same standard is not applied to the State and its witnesses. The basis for the rights discourse is that the individual is to be protected against the might of the State. In this scheme, to actually tilt the scales unreasonably in favour of the State is an abhorrent violation of individual rights.

Aditya Sanjay Mehta is an advocate practicing in the Bombay High Court. He is an alumni of National Law School of India University.

A case for deletion of s.309 from the IPC